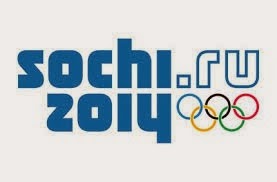 This week on the blog we are gonna hook you up with apps that keep you Sports Savvy. Its a big week in sports with the Superbowl on Sunday February 2nd and the Olympics starting Friday, February 7th so we want you to be in the loop with all things sports. Now, if your team didn't make the Superbowl or you're forced to watch the game but you're really not into it don't worry because there is an app for everyone these days, and we have the best ones below!

For the Olympics lovers, this week we are featuring apps that keep you in the know on when certain events will be televised, who will be competing, and of course, the results. Unfortunately for our athletes, there is a lot of talk about security concerns during the Olympics so, we've provided an app that will you keep you informed on the happenings in Sochi as well.

Superbowl XLVIII- NFL Official Program- The National Football League presents the Official Super Bowl XLVIII Interactive Game Program. The app has everything you need to know about the AFC Champion Denver Broncos and NFC Champion Seattle Seahawks plus video highlight recaps for every week of the 2013 season!

Feeling sporty yet? Here are the best apps for following the Olympics!

Sochi 2014 Guide- Mobile Guide to the Olympic and Paralympic Winter Games in Sochi will make your Games unforgettable and full of bright impressions. You'll be able to stay up to date, to know the accurate schedule of competitions and other events, to follow the Olympic and Paralympic Torch Relay, to purchase tickets, to plan a trip, to navigate in Sochi and at sports venues with the interactive map, to share experiences with friends and much more. Sochi 2014 Guide is your encyclopedia of the Games!

Sochi 2014 WOW- The app that is named WOW for Wireless Olympic Works and offers one of the easiest ways to keep track of what’s happening at the Sochi 2014 Olympic Winter Games. Furthermore, with the official Olympic app, you can design and personalize the info stream to match your interests and passions. This app is for android users.

Sochi 2014 Winter Games Schedule- Add schedules including live results to your iPhone calendar so you’re always up to date. Add all competing athletes of your country or schedules per sport. In short, this is the #1 app to keep you fully informed during the winter of 2014!

Posted by Lindsey DeMarco - Marketing Manager, Car-Tel Communications at 8:00 AM